Shrimp in the Desert 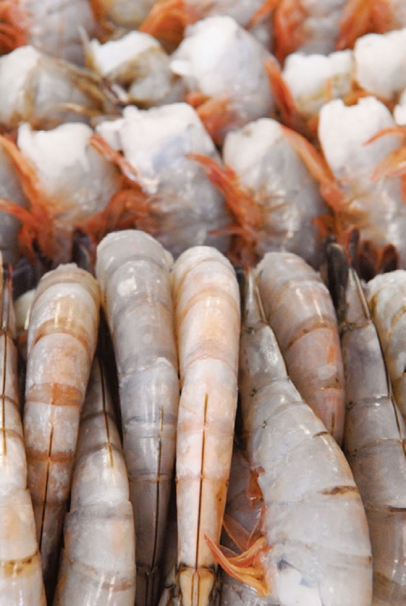 When it comes to seafood in the U.S., shrimp is at the top of the list. Americans consume an average of about four pounds per person annually, making it more popular than tuna, the second choice.

Unfortunately, much of the shrimp we eat is imported from massive shrimp farms throughout Asia and South America, and the product is riddled with problems. Commercial shrimp farming contributes to environmental degradation and the loss of habitat and biodiversity, along with water pollution and social ills like slavery. In a Consumer Reports study done in 2015, most of the farmed shrimp they tested from Thailand, Bangladesh, Indonesia, India, Ecuador and Vietnam was contaminated with bacteria, including MRSA, and/or antibiotic residues. Less than 1% of the shrimp imported to this country is actually inspected by the FDA, so even though it’s illegal to sell antibiotic-treated shrimp in the U.S., enforcement is lax.

Wild-caught shrimp is a little better, but the huge nets used by some shrimpers tear up coral reefs and other features of the ocean floor and result in bycatch, the marine life such as endangered sea turtles and other at-risk species that get caught in the nets and, injured, are thrown back into the sea to eventually die. Some shrimp fisheries are also over-harvested, which eventually leads to the collapse of not only the fishery, but also the ecosystem that depends on it.

So, what’s a shrimp lover to do?

Chef Danielle Leoni of The Breadfruit & Rum Bar in Phoenix has some answers. She uses lots of shrimp in her island cuisine restaurant and she only sources from companies that appear on the Monterey Bay Aquarium Seafood Watch list with a green “Best Choice” designation. That includes farmed shrimp from Selva in Vietnam and local product from Desert Sweet Shrimp in Gila Bend. (Yes, you can grow responsibly raised shrimp in the desert. More on that in a minute.)

Selva is an organization of about 3,600 farmers in Vietnam who raise their shrimp in mangrove forests with no extra feed, antibiotics or chemical additives. The program avoids the environmental degradation and contamination of high-density commercial shrimp farms and allows the participating farmers and their families to earn a living wage. They conduct third-party audits to ensure the standards are being followed. “Selva is empowering people to reclaim their lives,” says Leoni, “even though there’s a large carbon footprint that comes from shipping the shrimp.” But the carbon footprint is offset by the preservation of habitats and the social good that comes from providing an economic base for small hold farmers. 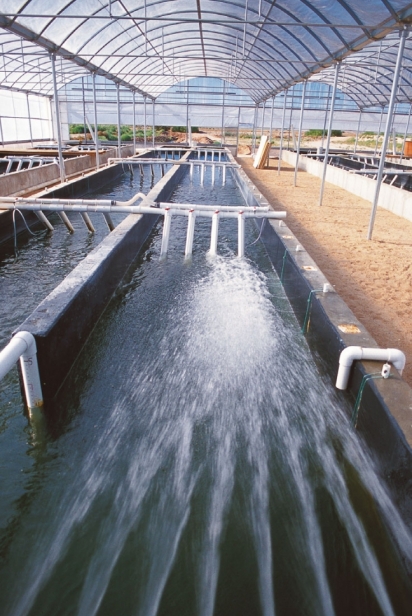 Leoni also buys shrimp from Desert Sweet Shrimp, a farm near Gila Bend. She estimates that about 20% of her menu features local shrimp. Gary Wood, the owner of Desert Sweet Shrimp, comes from an Arizona farming family that managed Paloma Ranch near Gila Bend, once the largest in the state. When the farm changed hands, Wood and his family ended up in Ecuador running the largest shrimp farm in South America.

It was a surprisingly natural fit. “[In Arizona] we worked with water all the time—we had 60 miles of canals on Paloma,” Wood says.

In 1995, Wood and his family returned to Arizona to start their own shrimp operation. Originally, they raised brood shrimp to sell to other farms across the world, but then they started eating their excess production, and so did their workers and neighbors. Everyone thought it was the best shrimp they’d ever tasted, and soon they were producing shrimp for food. 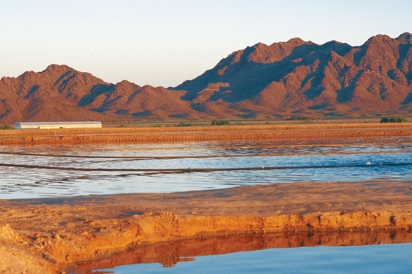 “Disease is the big thing in the shrimp business, and because of the heat and distance to the ocean, we don’t have that problem here,” Wood says. That means they don’t have to use antibiotics or chemical additives in their production process. The shrimp also do well in the extreme desert heat, so the season runs from May to October. “The shrimp love the heat, and the hotter it is, the faster they grow,” says Wood.

When it’s time for harvest, the crew works at night and the shrimp are immediately plunged into an ice bath so they never have time to get warm, preserving the sweet taste and firm texture. Once the shrimp are harvested from the open ponds, the water is diverted to area crops: olives, alfalfa, cotton and wheat.

Wood says the yield from his ponds is about 10,000 pounds per acre, and after a hiatus of a few years he’s hoping to be back up to full production next year. They ship all over the country, and the farm is open for tours and visits, as long as you call first.

For Leoni, serving shrimp that’s both delicious and responsibly raised is a key part of her menu and she urges her colleagues to join her. “Chefs need to be more responsible with what we’re serving,” she says. “We have the vegetables down. It seems protein would be the natural next step. We have to consider the rest of the plate.” 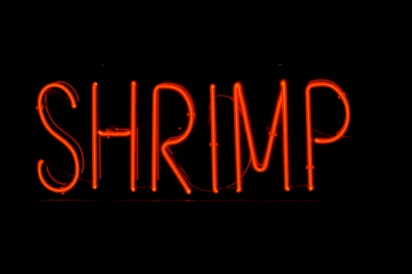 The Breadfruit & Rum Bar is located at 108 E. Pierce St. in downtown Phoenix. They’re open for dinner every evening but Sunday. (thebreadfruit.com)

Nelson’s Meat and Fish carries sustainable shrimp rated yellow or better by Seafood Watch, and Whole Foods has stringent sustainability standards for all their farmed seafood, including shrimp.

Chef Leoni of The Breadfruit & Rum Bar has created a dish with plenty of Jamaican spice and responsibly raised shrimp. If you want a little less heat, remove the seeds from the habanero. She serve...
Article from Edible Phoenix at https://ediblephoenix.ediblecommunities.com/shop/shrimp-desert